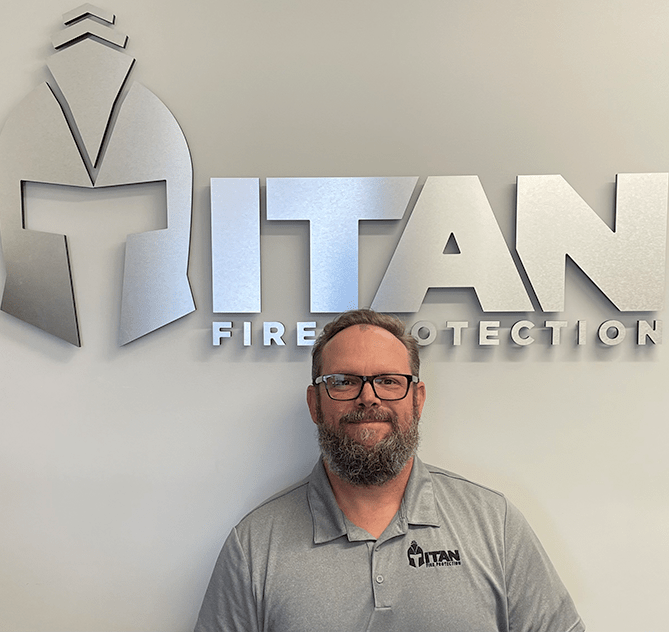 Erik Dunsmore is Titan Fire Protection’s Project Estimator.  Erik brings over twenty-eight years of fire sprinkler experience to the Titan team. Erik began his career working in a fire sprinkler shop fabricating and delivering materials to the project site. From there he spent time as an apprentice learning as much as possible installing fire sprinkler systems, fire pumps, and piping for gas suppression system, eventually receiving a service truck and becoming a foreman to run his own installation projects. After years of installation, he moved into the office as a project manager for large projects such as high rises, medical offices, labs, and buildings on military bases throughout Southern California. Once being hired on at Titan Fire Protection his career as a project estimator started and is where he remains today.

Erik performs a multitude of roles, but his primary focus is project estimating and management of projects. Some of those responsibilities include providing estimates, value engineering, BIM coordination, reviewing the fire sprinkler design, participating in reviewing contracts, strategic planning.

TITAN IS OPEN AND OPERATIONAL

TITAN Fire Protection Inc. is taking all neccessary steps to ensure safety during this international pandemic and are available to meet with clients via phone, Zoom or in person to discuss how we can add value to your organization. We have fully vaccinated team members available upon request.